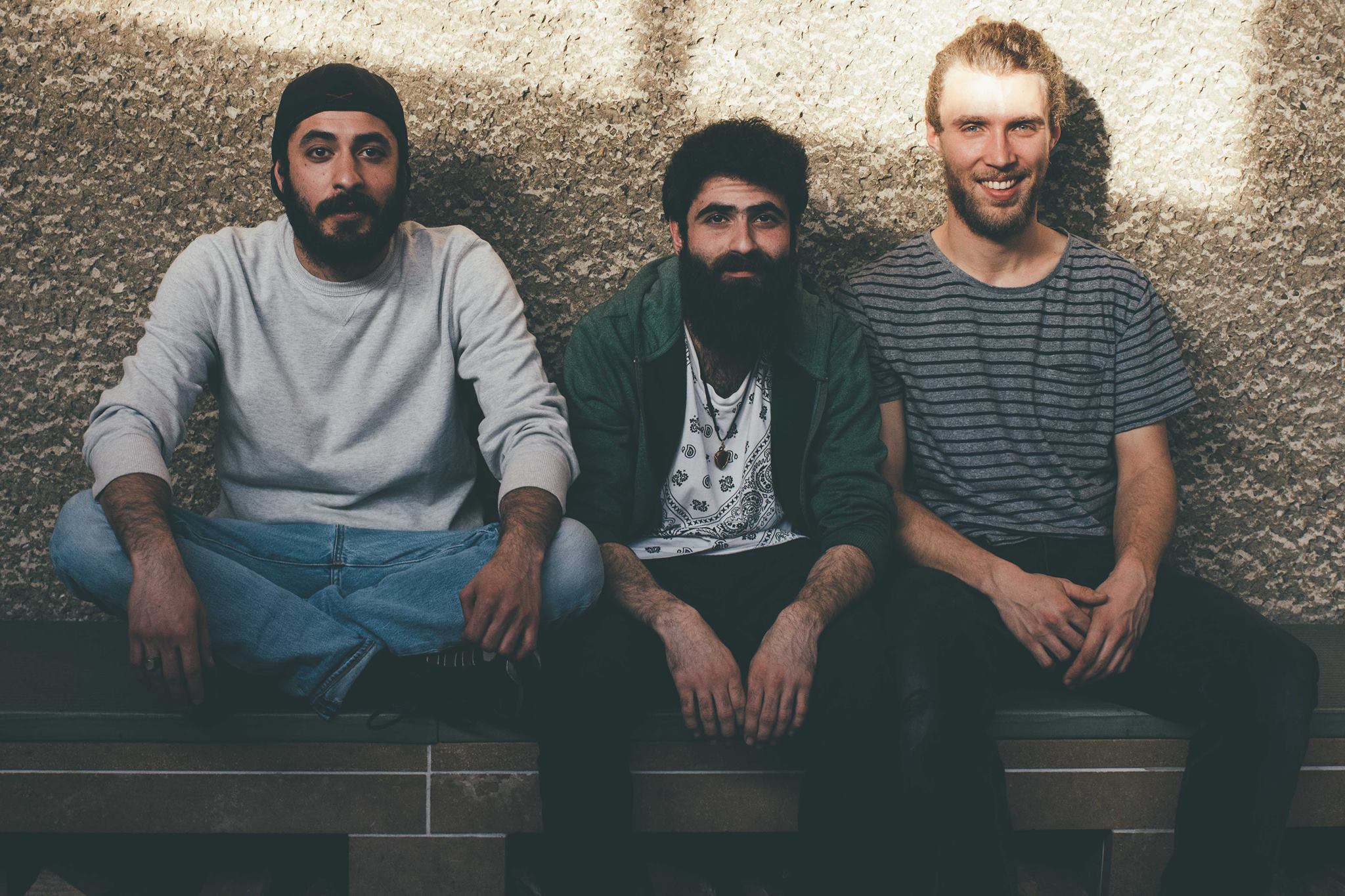 “We feel good with performing live, improvising on stage and interacting with people. We love to spread
positivity around, just to proof that in our eyes, music is the true key of peace!“

After a great festival summer Shkoon is back on tour and will come across some European cities. Besides showing their new live set and new productions, they will bring their music in a new concert context, which is giving them more freedom in their way of performance. Their ambition is to bring all kind of people together and let them have a good time. No matter what colour or religion they are!

Ameen, Thorben and Maher met by coincidence in Hamburg. Even if coming from different musical backgrounds, they felt there was a strong creative connectivity flowing between them when their project Shkoon was born. Quickly they developed their own sound by mixing arabic scales and traditional folk songs with classical harmonic structures. In their sets, oriental melodies partner up with occidental electronics and
create an atmosphere filled with texture and spice.

Piano, violin, synthesizers, percussion and vocals construct a specific unique sound that Shkoon like to call “Oriental Slow-House”. Sometimes it´s deep, sometimes it´s light. It can make you dream and it can make you weep. One thing is sure: It will move you in a myriad of ways if you let it.

** Ameli Paul **
Ameli Paul is a symbiosis of live instruments, vocals with anolog effects and organic electronic downbeat productions. A dreamy but yet danceable sound to dive into, float away and get lost. Paul already developed his own sound as Paul Valentin and Ameli is engaged in very different type of projects of various genres. In their combination Ameli Paul create those goosebump-moments that stay even when the show is over.